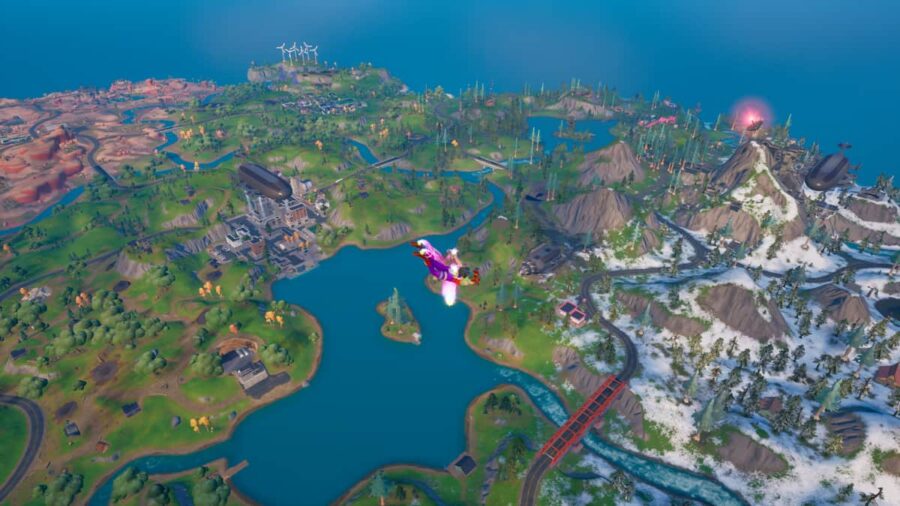 Fortnite Chapter 3 Season 2 is finally here, and players are excited to see all the new POIs and landmarks that have been added to the game. The Fortress is a new POI belonging to the Imagined Order, and it looks like a huge underground drilling machine.

The Fortress is located between Command Cavern and Tilted Tower POI. Players will remember this area as the Happy Camper landmark from Chapter 3 Season 1. This is a new POI, and it's full of high-tier loot, so you can expect countless opponent squads landing here simultaneously to acquire the Mythic Slone’s Striker Burst Rifle.

Where is Doctor Slone in Fortnite Chapter 3 Season 2?

The Fortress is full of IO Guards, but that’s not all. Players will find Doctor Slone at The Fortress, and she carries the Mythic Slone's Striker Burst Rifle. While fighting this boss, players will notice that she clones herself into two other versions. You will have to eliminate them all to acquire the Mythic weapon.

Related: How to fund the Armored Battle Bus in Fortnite

It is ideal to land on the terrace of The Fortress to have a height advantage over the enemy during the No Build mode. Collect as many grenades as possible to throw them at Doctor Slone and the IO Guards. You can essentially block their entry at the stairs by throwing multiple explosives around it.

Doctor Slone is one of the toughest bosses in Fortnite Chapter 3 Season 2, but she also provides players with the Mythic Slone's Striker Burst Rifle. The Fortress also has a Reboot Van nearby, which will allow players to bring back their teammates after fighting at this location.

Wondering what are the new locations added in Season 2? Check out All New Locations, Landmarks, and POIs in Fortnite Chapter 3 Season 2 on Pro Game Guides.

Where is The Fortress in Fortnite Chapter 3 Season 2