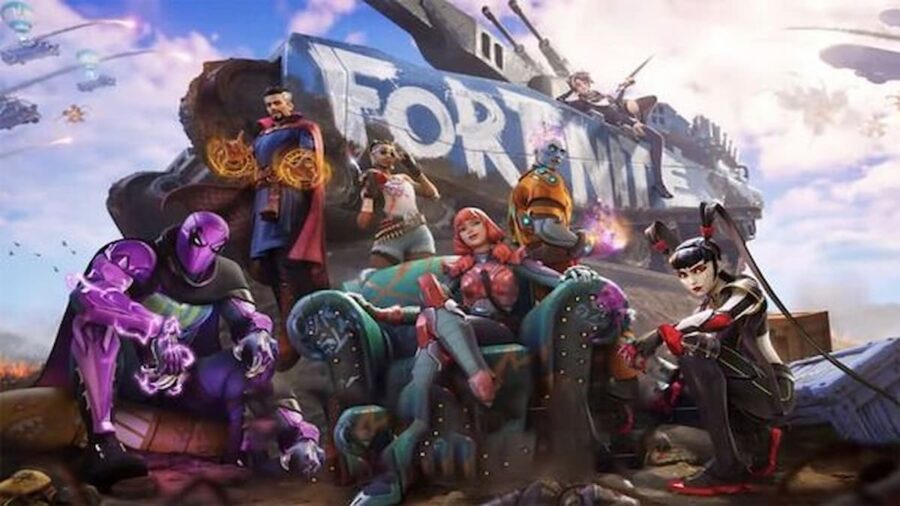 Through purchases made by players in the Fortnite video game, Epic Games is taking a portion of the profits to put toward humanitarian aid. After only 24 hours of the fundraising period, Epic Games says they have surpassed $36 million.

On their Fortnite Twitter account, Epic Games made a post celebrating that they had already reached $36 million in funds raised for humanitarian aid. This is only after the first day of the promotional period, meaning Epic Games could end up raising much more money. The funds raised will go toward several different charities, including UNICEF, World Food Programme, and Direct Relief.

The period to raise humanitarian relief funds for Ukraine runs from Mar. 20, 2022, to Apr. 3, 2022. Money for this cause will be raised through purchases within Fortnite, such as skins, battle passes, and more. The only purchase that will be excluded from the fundraising campaign is V-Bucks, according to the Epic Games site.

Related: What are the red and blue lines on the Fortnite map?

Players simply need to make purchases within their Fortnite games within the fundraising window to be able to contribute. Epic Games will match the proceeds and donate them as quickly as possible, rather than waiting for the direct funds from purchases to be processed.

If you want to keep up to date on all Fortnite events and happenings, check out When will Fortnite servers be back up? Fortnite Chapter 3 Season 2 Downtime on Pro Game Guides.

A fusion of my love for video games and my long-standing passion for creative writing makes covering gaming guides and news my favorite thing to do. In my free time, you'll find me writing short stories, reading my favorite books, watching horror movies, or playing video games. I cover all sorts of content here at Pro Game Guides. Right now, Wordle is what I write about most often. My upload rate is pretty high, so check back often for new content.
Find Bethany Barber On: Twitter