"I know of no other place more charming and magnificent than Biarritz”. Victor Hugo

Located in the south west of France in the Aquitaine region, only half an hour from Spain, Biarritz has become an internationally not to be missed destination.

It was in the mid 19th century that Victor Hugo discovered Biarritz, a charming fishing harbour in the Basque country. Since then, Biarritz has remained one of the most welcoming towns in France

Today, Biarritz stands as a very ambitious town, its development based on its great ability to attract tourists. The town orientates towards tourism and services for its economic development, by adopting a dynamic cultural policy and developing activities in the low season.

The accent is, of course, put on business tourism with seminars and congresses. Biarritz also comes first with sports such as golf and surfing, fitness with seawater therapy, a rich tradition of fine cuisine and prestigious hotels, and the casino.

There is a strong movement towards economic development and tourism without affecting the town’s flamboyant and unique architecture. Preservation of the environment is one of Biarritz’ priorities and the town has devised a new planning strategy for itself in order to preserve its beautiful sites and way of living.

Biarritz keeps the traditions of the surrounding Basque countryside, a region that has managed to preserve its own charm and mysteries right up to the present day.

Biarritz has often been ahead of its time, from its heyday, in the middle of the 19th century under Napoleon III, to the charms of the Belle Époque and the Roaring 20’s, and later with the post war festivities and the 60’s, when Biarritz was the first town in France to practise an amazing new sport called surfing. Today, Biarritz’ economic development policy is based on offering real quality of life.

Just a 5-minute walk from the beach

Set 400 m from the sea front and the beach

Situated in the real heart of Biarritz 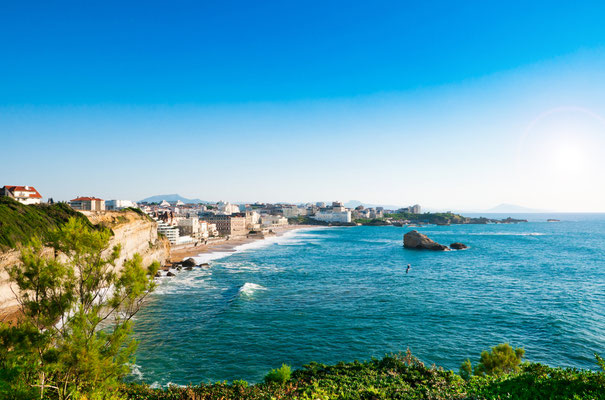 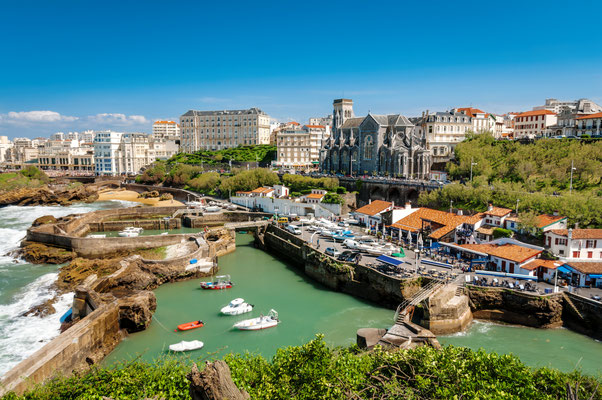 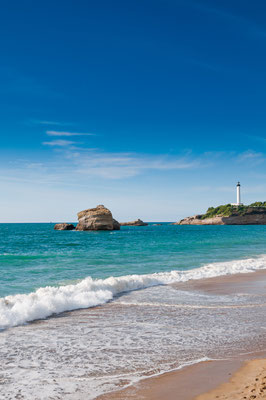 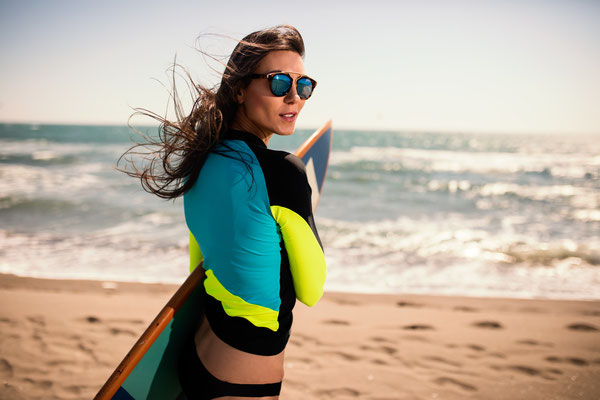 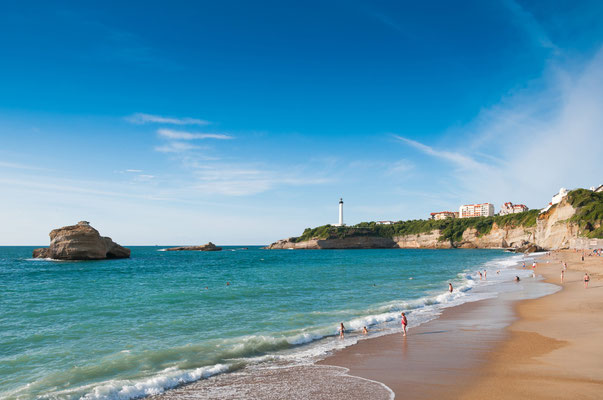 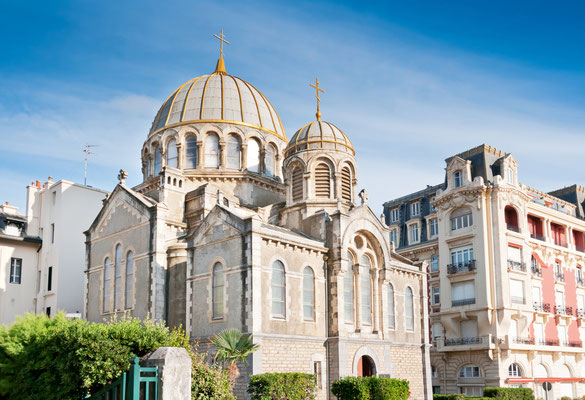 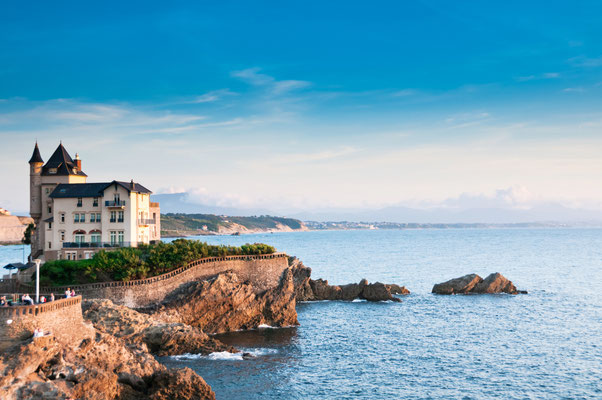 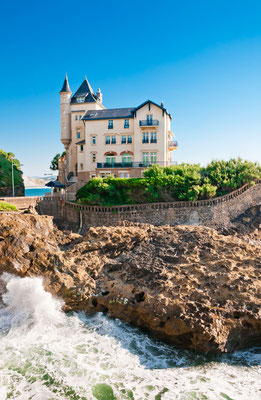 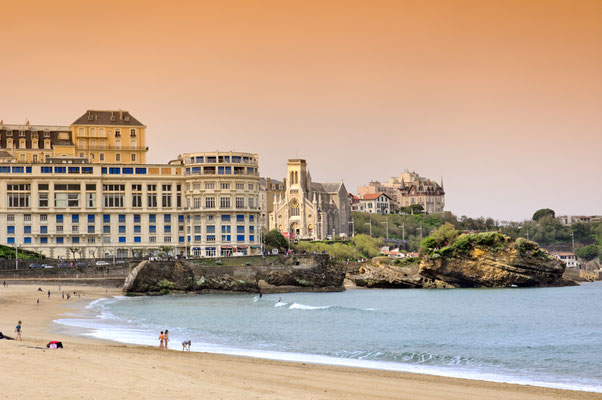 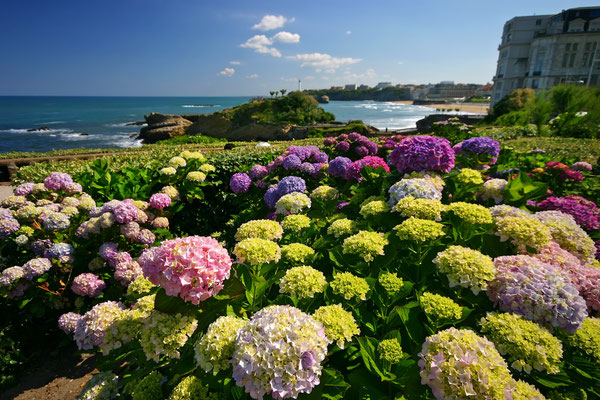 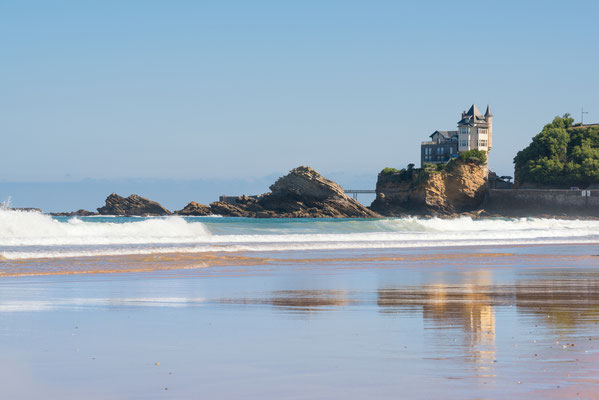 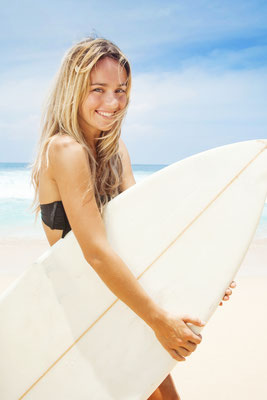 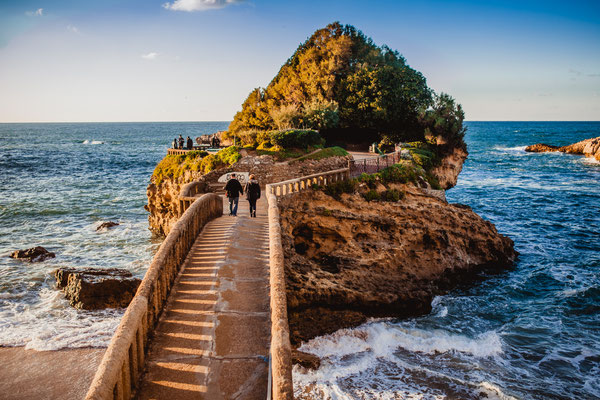 The museum invites you on a voyage along the Gulf Stream, taking you through the North Atlantic before arriving in the warm and fish-filled waters of the Caribbean Sea.

City of the Ocean

12 universes to understand the Ocean. Gripping special effects, 3D animations and interactive exhibitions transform this visit into a captivating odyssey of knowledge of the Ocean Planet.

The Basque country history and chocolate history are tightly related. To understand what binds them together, the “Planète Musée du chocolat” of Biarritz is worth a visit. The visit starts with a welcome tasting, chocolate drops. A 14-min projection takes you to the discovery of the history, heritage and transformation of the cocoa bean into a chocolate bar.

he lighthouse was built in 1834 and boasts 248 steps. It stands 73 meters above sea level overlooking Hainsart point (so called because of the oak trees which surrounded it in the past, now replaced by tamarisks). It offers exceptional views over the Basque coast, the sea and the mountains.

Come to discover the Market Place built in 1885 by the architect Ozanne and increased in the Twenties. The Market Place preserves its authenticity! You will find fresh and local products, more than 100 shops, which offer choice and diversity, bars with friendly atmosphere and restaurants with which combine savor and gastronomy. Open every day from 7.30 am to 1pm.